LeBron James, Los Angeles Lakers player, and still teammate of the spaniard Marc Gasol, as well as a close friend of his brother Pau Gasol (two NBA championship rings in LA), as well as the protagonist of Space Jam II, has visited Jerez de la Frontera, in the province of Cadiz, Spain, and tasted its wines, specifically from the Bodegas Diez Merito and Bodegas Lustau, just the day before the commemoration of September 11 attacks in New York.

The US basketball player, one of the world's sports stars, has visited the city of Jerez for a few hours wearing a T-shirt and shorts after landing at La Parra Airport with his private jet, coming from Corsica.  In the French island he would have spent a few days of vacation with his agent Rich Paul, who appears in the background of a photograph taken by a family in the courtyard of the Jerez winery. 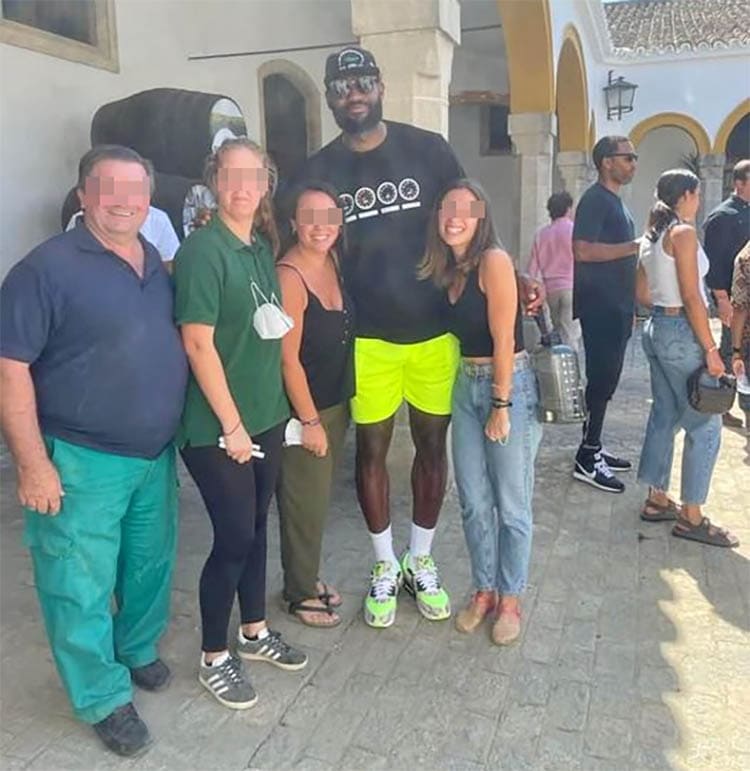 The digital newspaper Stampa Paese has reported that LeBron James would have spent two days in the resort of Calvi, in Corsica.  From this French town he traveled by private jet to Jerez de la Frontera at 10:11 a.m. this Friday morning, arriving at 12:00 a.m. in the city of Cádiz.

After a brief visit to the Bodega Diez Mérito and a lunch he left in his plane at 15:45 hours again. However, the purpose of the trip was no longer to continue his vacation, but this time he has traveled to the United States, where a tough preseason awaits him. Neither LeBron James nor Rich Paul have published any post on social networks about the fleeting trip.

The picture of a family in the backyard of the warehouse with the player from Los Angeles has quickly gone viral on social networks. Perhaps three hours is not enough for "King James" and he wants to return to the city in the future to spend more time and enjoy more of the best wine in the world, flamenco and carthusian horses. We must remember that Jerez has a great variety of leisure and cultural activities to enjoy the considered one of the 4 best players in the history of basketball, along with Michael Jodan, Kobe Bryant and Magic Johnson.